As you might already know from my previous blog post I visited Milano earlier in April and I decided to go on an instant weekend trip to the French Riviera. 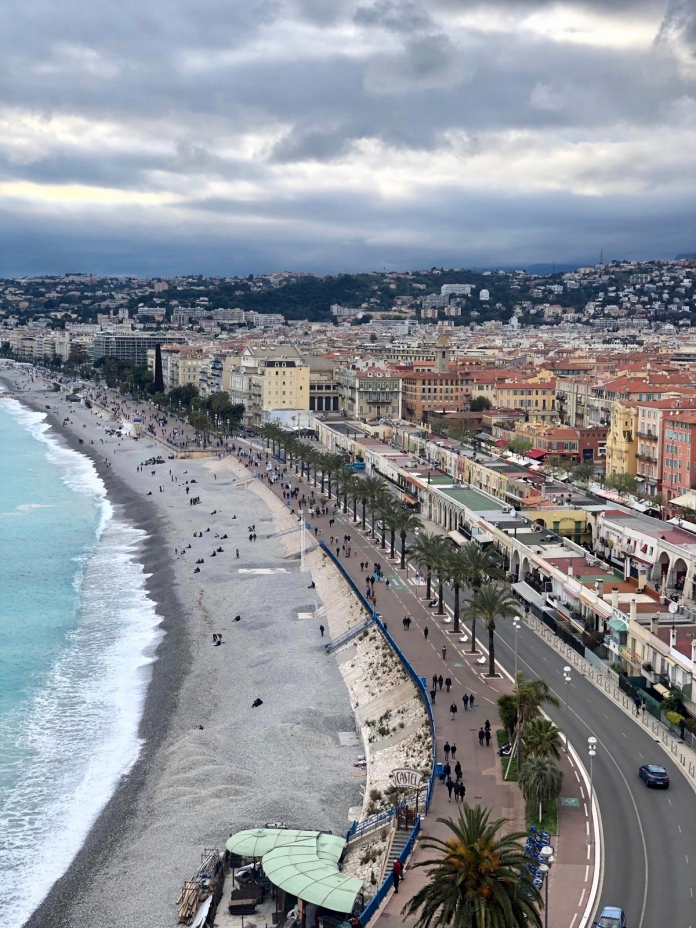 Usually when I go traveling, I try to support the local business as much as possible: which includes dining/brunching in local cafes instead of international food chains, supporting local brands / vintage stores, supporting local artists and on and on. That is exactly why I decided to stay in WindsoR hotel while visiting Nice! 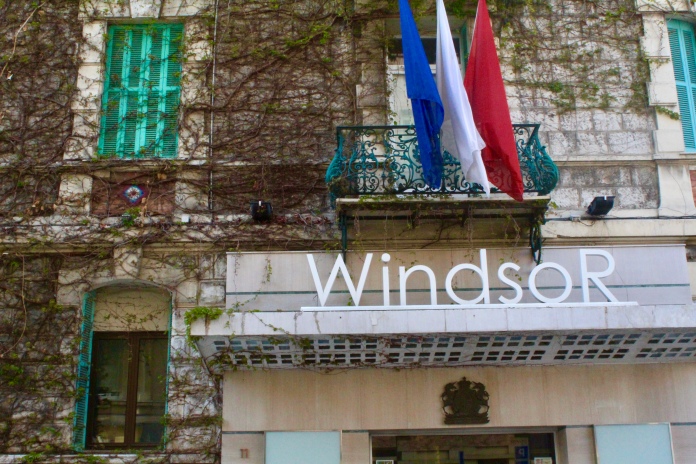 Let’s all take a look at this amazing living museum / hotel, which has a very special history and will definitely leave you with an unforgettable experience.

Beginning of the Windsor Era:

The WindsoR hotel was built in 1895-96 by an architect from the Eifel school named B. Pachiaudi. its façade from old stones and its iron structure are characteristic for the architectural movement which started in the end of the 19th century. Later after the creation of this bourgeois building, the couple Redolfi-Strizot turned it into a hotel in 1942, which gained huge success with British tourists especially. And shortly after in the late 70’s Bernard took over the Hotel WindsoR and started to work on a project that would be far from the typical hotels style of that period. Firstly he decided to create a small swimming pool and a garden with exotic plants.

In 1987 the idea of decorating each room by an artist was born and that’s how Hotel WindsoR turned into a museum nowadays. Some of the rooms were decorated by: Claude Rutault, Olivier Mosset, Philippe Perrin and every year there is at least one new artist from France (or abroad) who creates his/her own new room. For example there’s one room “Living Picture” which recreates one of the most iconic paintings “Arnolfini Portrait” by Jan Van Eyck:

Every year hotel WindsoR also welcomes contemporary artists for their exhibitions. So while staying there, you will have not only the nicest hotel experience, but also the museum vibe and you will get to know the local artists as well, which is the cherry on top! The attractiveness of WindsoR hotel is how dramatically different every room is. My room being super modern and minimalistic, with one of the best views from the Balcony was a really nice choice for a simple taste person like me:

But if you feel like Beyoncé, maybe you should book the “Golden room” and spend your holiday like you deserve after working so hard:

With all of those amazing features mentioned above, the rooftop wellness and spa center will really make you super relaxed during your stay in Nice!
And also let’s not forget the most important part of the trip: FOOD! The breakfast Buffet at Hotel WindsoR is a mixture of typical French with international food. The only thing you should probably worry about it “how am I going to eat ALL OF THAT” because trust me, you will fall in love with their food options:

Now that you all know how to spend your luxurious trip in Nice, let’s look around the city itself and highlight the main attractions.
Since I am not a museum person I did not visit museums or galleries, but I really got to see a lot of French artists already in the hotel, so I wouldn’t say I didn’t get a look at the local art.
My advice would be to go everywhere by walking, because Nice is a pretty small city with lots of narrow streets and a very nice beach, that definitely needs to be discovered by foot. It is not a surprise that almost everyone speaks Italian as a second language there and also the streets, food and architecture have a lot of Italian influence, since Nice was the part of Italy until 1860, when Italy decided to give the city as a gift to France for helping them defending themselves from the Austrians. 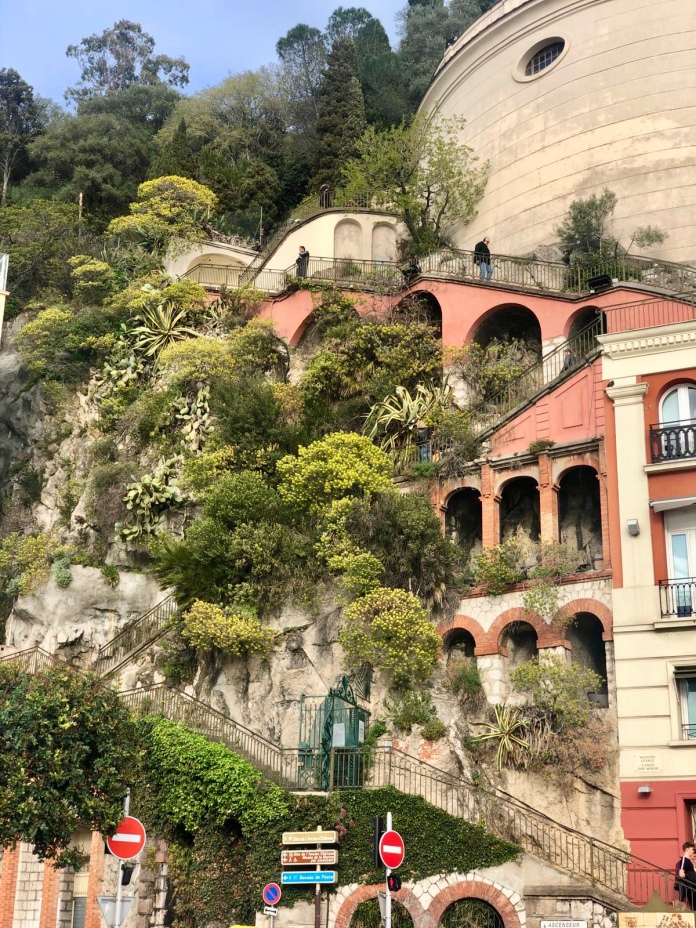 A day trip from Nice:

And of course if you happen to visit Nice, it’s a must to go to Cannes from there. You have 2 options: by train or by bus. Train is more expensive and faster, but if you ask me the bus is also quite a nice option since one way ticket costs only 1,50 euros and it takes around 2 hours to get to Cannes, but on the road you will also have a chance to see the French town of Antibes.

Cannes is famous with its super rich American (not only Americans though) tourists and the festivals! While I visited Cannes on the 8th of April, I got lucky enough to attend the Cannes Series festival. Keep in mind that sometimes, due to the festivals, you might not be allowed to enter some of the nicest beach zones.
And while walking on the seaside in between the breaks of the Cannes Series festival, I took some Wes Anderson style photos:

You should also keep in mind that The French Riviera is quite expensive ESPECIALLY if you end up on an instant trip from Italy like me, so make sure to look at your budget before planning your trip to the South of France, because you don’t want to miss out all of the nice places it has to offer!